Ask the children to reflect and remind you on what they can remember about the religion of Buddhism.

What does it mean to be a Buddhist?

What are the special festivals celebrated by Buddhists?

What are the 5 Precepts followed by Buddhists?

Today we are going to talk about one of the Buddhism’s most important festivals.

Vesak day is the most important day for Buddhists all around the world. It is the day that commemorates the birth, the enlightenment, and the passing of Lord Buddha. Widely celebrated in many parts of Asia, Vesak day is an official public holiday for Buddhists to celebrate as a festival. Vesak falls on the first full moon in the month of May, every single year.

On this day, celebrants will go to the temple with their family to pay their respects to the Buddha, Dhamma and Sangha (Triple Gem). The temple will be beautifully decorated with bright cloths, lights and lanterns. Once there, people will offer candles, incense and flowers as gifts to Lord Buddha to show their respects and gratitude for his teachings.

As a class (or in groups), the children will watch a short 3min documentary on Wesak

As a link to art, the children can create lotus flowers

The children can place these along others onto a table covered in blue paper and green leafy foliage.

This is a clay activity in the same vein as the above.

Ask the children if they have ever heard of the word ‘karma’.

Can the explain the term? Do they know where the phrase originated?

Karma is the law that every cause has an effect, i.e., our actions have results. This simple law explains a number of things: inequality in the world, why some are born handicapped and some gifted, why some live only a short life. Buddhists believe that our past actions have an effect on who or what we are in our next life.

Karma is a belief held by Buddhists. Buddhism began in northeastern India and is based on the teachings of Siddhartha Gautama. The religion is 2,500 years old and is followed by 350 million Buddhists worldwide.

Buddhism is the main religion in many Asian countries. It is a religion about suffering and the need to get rid of it. A key concept of Buddhism is Nirvana, the most enlightened, and blissful state that one can achieve. A state without suffering.

Ask the children to access http://www.primaryhomeworkhelp.co.uk/religion/buddhism.htm by linking it to their Google Classroom assignment page.

The children should work in 2s or 3s and discuss their findings.

As a group or individually they should create a Google Pages document to compare and contrast this religion to another religion that they have studied in the recent past.

Then they can share this document to the rest of their group to complete at home if unfinished.

The children could share their findings to the class or present these at an assembly.

As below, the children could create of complete a Mandala

The children could also, engage in meditations throughout the week.

With a link to art the children could listen to buddhist chants and music whilst colouring a Mandala and/or create their own Mandala using the Sketch app.

Link to Geography, the children could locate the origin of Buddhism on the world globe.

I will then display a world map on the interactive whiteboard and will question the class on where they think Buddhism is most prevalent, South East Asia.

We will have a short discussion on Buddhism and discuss what aspects of the children are  already familiar with. Next we will work on a KWL chart where students will work in pairs and write what they already know, followed by what they would like to discover about the religion. We will engage again with the KWL charts again at the end of our lesson.

The story of the origins of Buddhism will be read to the children, as well as the life of Siddhartha Gautama. After the first section of the story, I will ask the children to reflect on the life of the Buddha and to imagine being in his situation and what thoughts the story provokes with questions such as “would you have done anything differently/ how do you think you would have reacted?”
Continuing the story, questions will be posed about the 4 Noble Truths and Eightfold path.

Upon completion of the story / PowerPoint, the children will be asked to discuss in pairs, the new knowledge they have obtained on Buddhism. They will then be given a chance to add this new information to their KWL charts.

This lesson plan is accompanied by a PowerPoint presentation  which can be referred to throughout the story. KWL charts must also be distributed to the class at the beginning of the lesson. 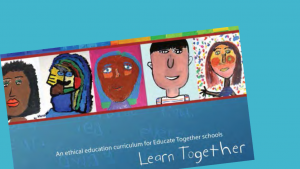 Topic: One Plastic Bag Learning Outcomes The child should be enabled to Locate Gambia on a map. Know that developing … 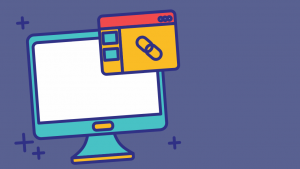 Web Site: Dizzy Dilemmas About this site / Ideas for this site Dilemmas for group discussion to provide opportunities for …

Web Site: SALT Programme About this site / Ideas for this site The S.A.L.T. Programme is an innovative programme, specially …